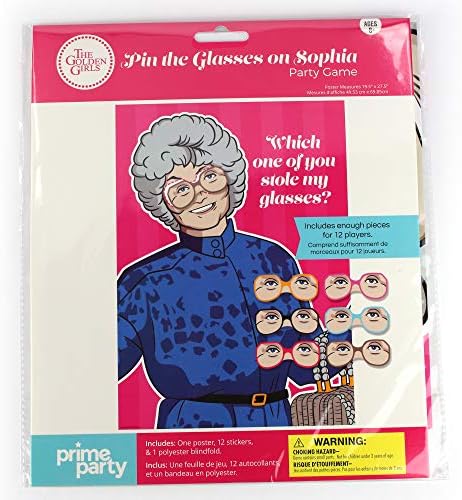 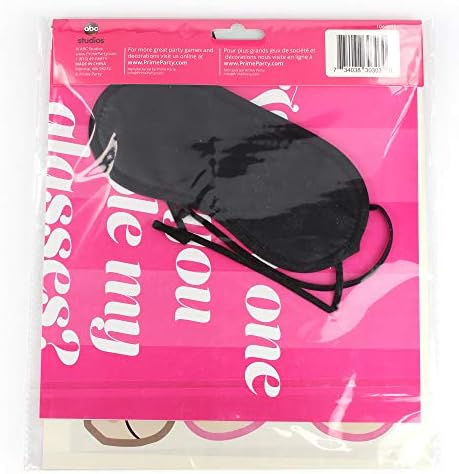 Great as Props and/or Party Decor

Prime Party helps you throw the best parties by consolidating all the things you need right in one simple purchase. Stop running all over town, standing in long lines, only to buy low-quality partyware! We’ve all been there – Cake sliding off the plate before you can make it back to the table. Cups leaking all over the table before we’ve had a chance to toast. The answer is NOT smaller pieces of cake, it’s getting better quality party goods. We’ve got your back! So raise your glass and cheers the party animal. Our party products are safe and non-leaching, 3rd-party lab tested for food contact and functionality. All items are individually wrapped and labeled. Heavier and sturdier than most others. Paper party products are 100% recyclable. Packs are lightweight & portable.

Complete the Look with our Golden Girls Party Packs, Games and More!

The Golden Girls is an American sitcom television series created by Susan Harris that originally aired on NBC from September 14, 1985, to May 9, 1992, with a total of 180 half-hour episodes, spanning seven seasons. The show stars Beatrice Arthur, Betty White, Rue McClanahan, and Estelle Getty as four older women who share friendship and a home in Miami, Florida. It was produced by Witt/Thomas/Harris Productions, in association with Touchstone Television. Paul Junger Witt, Tony Thomas and Harris served as the original executive producers.

The Golden Girls received critical acclaim throughout most of its run and won several awards including the Primetime Emmy Award for Outstanding Comedy Series twice. It also won three Golden Globe Awards for Best Television Series – Musical or Comedy. Each of the four stars received an Emmy Award, making it one of only four sitcoms in the award’s history to achieve this. The series also ranked among the Nielsen ratings Top 10 for six of its seven seasons. In 2013, TV Guide ranked The Golden Girls number 54 on its list of the 60 Best Series of All Time. In 2014, the Writers Guild of America placed the sitcom at number 69 in their list of the “101 Best Written TV Series of All Time”.

WOW YOUR GUESTS: Pin-The-Glasses on Sophia game set is great for Golden Girls birthday, birthday party, girls party, bachelorette party, bridal shower. Great party activity for all ages, boys and girls.
BEST QUALITY PARTY DECORATIONS: All our Golden Girls party decorations are made with the best quality paper products. Our Pin-the-Glasses party game s made from thick, glossy poster stock. We didn’t skimp on the eye masks either. Each is made with a double elastic band and black polyester for a comfortable fit.
GREAT FOR ALL OCCASIONS: This Golden Girls game is great for all occasions; Birthdays, Retirement Party, 80’s Party, Graduation, Office Party, Wine tasting Party, or just a spontaneous “Thank you for Being a Friend” party. The combination of this Golden Girls party set is sure to create one of the most unique parties for women.
NEED MORE BIRTHDAY PARTY DECORATIONS? Visit our seller store by following the Prime Party link above for more related Golden Girls party products, party supplies for adults, or other funny party birthday decorations for women and men, plus quantity discounts for large parties.
GAME SPEC’S: Poster measures: 19.5″ x 27.5″. Game includes 12 glasses (stickers) and one polyester blindfold.

Added to wishlistRemoved from wishlist 0
$31.99