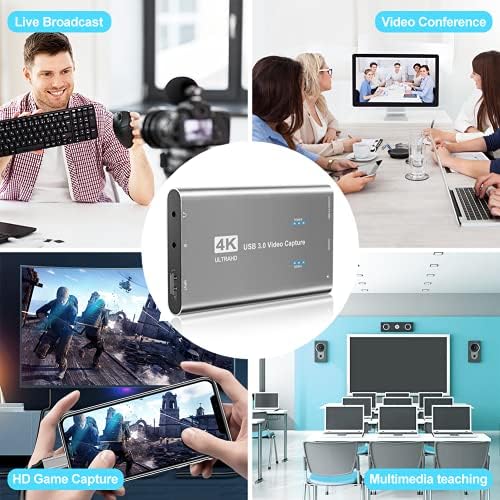 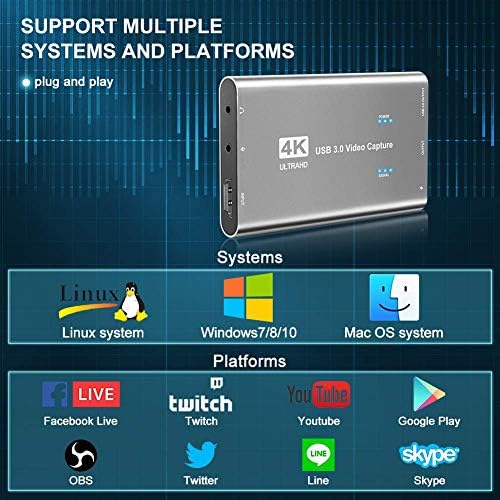 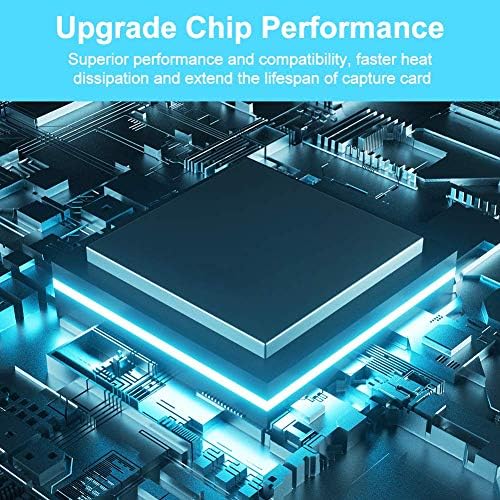 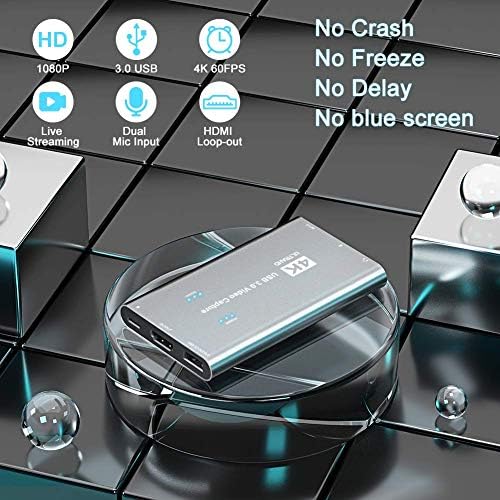 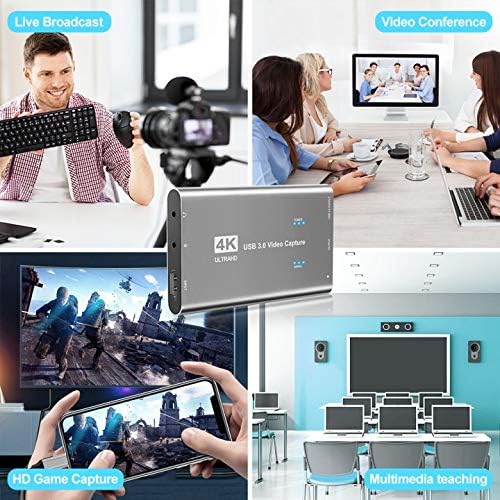 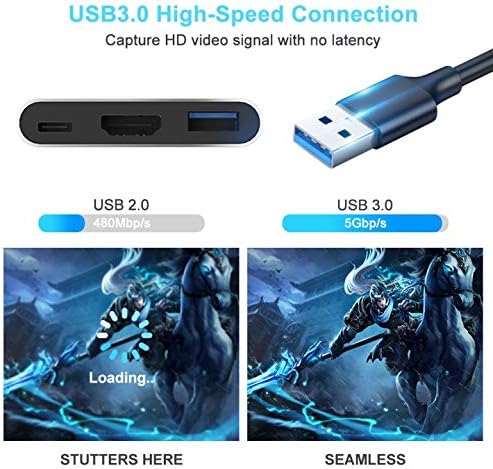 【HIGH COMPATIBILITY】This 4K Capture Card can compatible with all 1080P 720P HDMI port devices, it can capture video from PS4, Xbox One, Nintendo Switch, Wii U, STB, DSLR, camcorder, Android phone, windows, Mac or Linux in uncompressed 1080p 60fps via a reliable and high speed USB 3.0 port.
【ZERO-LAG PASSTHROUGH】With 4K HDMI Loop-out and USB 3.0 high speed transmission port, you can use this video capture card to stream and capture your gameplay/videos at 1080p@60fps to Youtube, Twitch, facebook instantly, which will improve the quality of your channel tremendously.
【3.5MM MICROPHONE & AUDIO PORT】This USB Capture Card can connect the video capture device with your earphone and microphone, stream and record your voice easily. The Game Capture Card is built with good heat dissipation, superior performance and strong compatibility.
【PLUG AND PLAY】 The HDMI Video Capture Card without having to install a driver. Power from USB host device, battery-free and driver-free. The capture card is easy to carry, install and use.
【WIDELY APPLICABILITY】The 3ds Capture Card is suitable for high definition acquisition, live broadcasts, conference rooms, streaming, video recording, teaching recording, webcasting and so on. We provide 1-year money free and 24h customer services, if you have any questions, just let us know about it and we will help you.

Added to wishlistRemoved from wishlist 0
$39.99